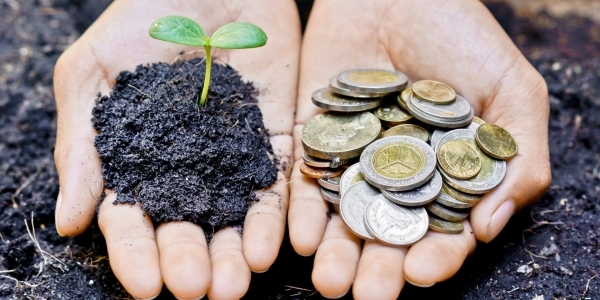 This is a matter of encouraging developed countries to educate, support, develop and assist less fortunate countries in a smarter, more productive and financially beneficial way for all parties involved, than is the case today. Thus, these sponsoring nations, will also automatically help out in making people in poor countries more aware of benefits with education and democratic societies, while at the same time bridges are built across borders & friendship is established on a global scale, instead of the opposite, which is the dominant scenario today, on our planet!

GaiaTellus Society will approach a select, few, suitable developed, democratic countries to evaluate our proposal which is based upon a support-program producing better results with less expenditure!  Something, which is the case today for many countries, regarding the results achieved from allotted % of GDP designated for annual "support" to the so called  3rd  world & developing countries.

Today's approach, where Sweden (as an example)... has a physical presence around the world in many different "developing world" countries. Something, which requires a very large portion of administrative cost to run these operations. This leaves very little funds and resources left over for the countries in question, to really have an impact and make a difference in each such country to help them in their progress towards a better future, why GaiaTellus proposes the following;

This specific documented, well established, democratic country of Sweden, will instead evaluate and choose to focus upon assisting "ONE" suitable, willing "developing world" country. Maybe a country with already established ties with Sweden, to receive Sweden's sponsorship. Instead of the sponsoring country (in this case Sweden) having a smaller less productive presence in a multitude of countries, which is how Sweden operates today.

In other words, a developed, democratic country willing to assist another country and thus promote engagement and cooperation for a balanced, economic & social development. By taking local, cultural circumstances into account, thus ensuring future benefits for both countries. In other words, such sponsoring countries will "Take the lead"  - for other developed countries "a path to follow". Subsequently, by using this process, all future participating/involved countries will develop relationships & friendship across borders, rather than what is the case today many times, the opposite.

In other words, these admirable volunteering countries will show the way for many other countries. In the near future, to follow and together with other countries, contribute to the development of a Planet Earth.  A planet Earth, with better democracies and qualities than what is the case today. An ambition worth considering by many countries. For the benefit of our common future and the building of bridges, friendships and a more united world, while also reducing reasons for wars, refugees to exist, alienation & suicide missions.

OUR PLANET EARTH WILL ALSO APPRECIATE THIS INITIATIVE!

Imagine, when we have at least 30 developed, sponsoring nations assisting/sponsoring 30


countries in need of development.  This means both economical and social development.
Promoting as well as receiving countries with a size and respective population suitable
to best serve this purpose, for our promoting countries to demonstrate what a good
initiative this is. By doing this, we have together accomplished something
which is likely to be very much appreciated and also change the
world for the better in a very tasteful way.