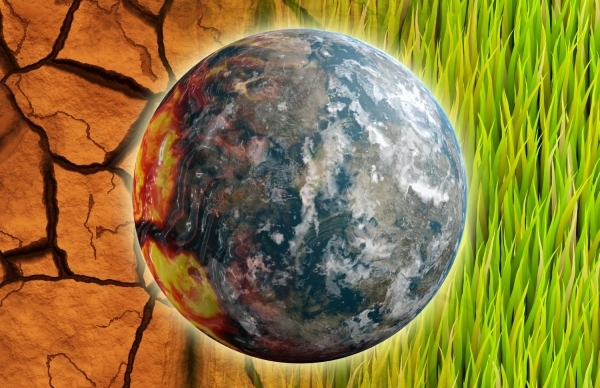 When the combined, accumulated effect of different "global warming" factors have reached, equal to an irreversible level superior to existing counter acting forces, it will be impossible to reverse the Global warming and we have reached the infamous "Tipping Point". From there on, it will be an ever escalating warming of the atmosphere, which will ultimately result in a "run away" global warming scenario!

WE are presently dangerously close to this infamous Tipping Point!  The "Permafrost" has until now been able to keep the past million years of Methane gas frozen. A gas produced by feces from animals over millions of years. A gas which is 27 times more potent than CO2 in creating global warming. Now, permafrost in Siberia, Canada and Alaska has begun to thaw during the summer months and will soon release enormous amounts of this methane gas - and this is the Global warming danger personified!

A "run-away" Global Warming Scenario means that most people living today will experience the end of all advanced biological entities such as humans and living creatures on this planet.

It is time to stop acting like an ostrich and hide your head in the sand! This coming scenario is most likely for real! This situation is created by mankind, so if we can do something about it, we should start immediately - NOW!

If our research with the help of our Virtual Supercomputer, (even though it is now unlikely) ...shows that in fact this is a normal "global warming phase/process, all the better, but we still need to get the answers ASAP.